“IWSR data finds that global alcohol consumption is declining faster for beer than wine and spirits.”  And for this reason, and more, you MUST have a reliable back office system!

NACS Online reports that Global Alcohol consumption is declining.  Retailers must stay on top of their margins in order to be successful.  Our backOffice™ Software with EDI module allows retailers to easily adjust pricing and make the most profit on special quantity purchases.  Read the entire article by clicking here, or simply see below.   Cheers!

​NEW YORK – The latest International Wine and Spirits Record (IWSR) data suggests that the consumption of alcoholic drinks is declining at an increasingly faster rate than has been previously reported.

For 2016, the IWSR reports that the global market for alcoholic drinks shrunk by 1.3%, compared with an average rate of just -0.3% in the previous five years. The reasons for the accelerated downward trend include a faster decline in beer, a reversal of trends for cider and slowing growth for mixed drinks.

Cider declined by 1.5% after years of solid growth. The markets responsible for this reversal of trends were South Africa, which saw decline following a period of growth, and especially the U.S., where volumes collapsed by 15.2% after years of double-digit growth.

Global spirits grew by 0.3%, according to IWSR data. Vodka is dragging down overall spirits performance, declining at 4.3% last year. Volumes were boosted by gin (+3.7%), tequila (+5.2%) and whisky (+1.7%). The negative trend in vodka is largely due to steep volume losses in Russia (-9.3%), which nevertheless remains vodka’s largest market by far. Key growth markets for total spirits last year were China, the U.S. and Mexico.

Wine was flat overall (-0.1%), with sparkling wine growing at 1.8% and still wine down by 0.5%. This is roughly in line with the trend of the previous five years. 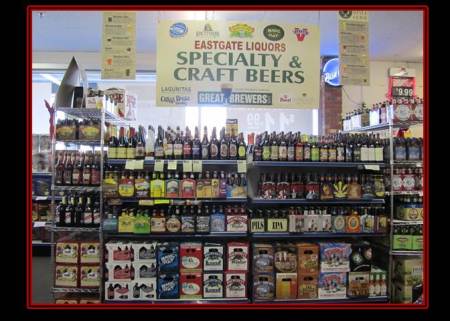 This entry was posted on Tuesday, June 6th, 2017 at 10:02 am and is filed under Uncategorized. You can follow any responses to this entry through the RSS 2.0 feed. You can leave a response, or trackback from your own site.