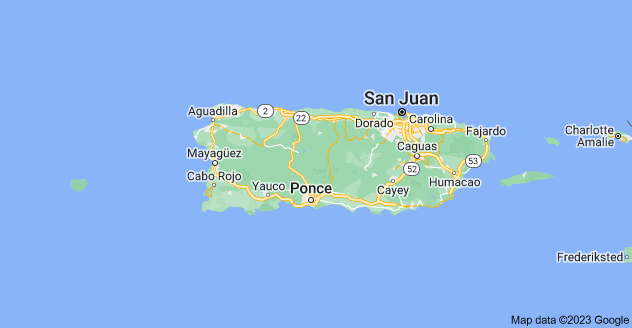 Our hearts go out to our fellow Americans in Puerto Rico as they face their current crisis.

Early this morning, in recognition of the severe impacts on Puerto Rico from Hurricanes Irma and Maria, Department of Homeland Security Acting Secretary Elaine Duke approved a waiver of the federal Jones Act. The decision follows yesterday’s request from the governor of Puerto Rico and the Secretary of Defense’s determination that a waiver is in the interest of national defense. The waiver will be in effect for 10 days after signature and covers all products being shipped to Puerto Rico.

“This waiver will ensure that over the next ten days, all options are available to move and distribute goods to the people of Puerto Rico. It is intended to ensure we have enough fuel and commodities to support lifesaving efforts, respond to the storm, and restore critical services and critical infrastructure operations in the wake of these devastating storms,” said Acting Secretary Duke.

The Jones Act prohibits the transportation of cargo between points in the U.S., either directly or via a foreign port, or for any part of the transportation, in any vessel other than a vessel that has a coastwise endorsement (e.g. a vessel that is built in and owned by persons who are citizens of the United States). The last Jones Act waiver was issued earlier this month, for petroleum products to be delivered for relief assistance in anticipation of the effects of Hurricane Irma.

NACS Daily reported this week that San Juan’s mayor told CNN that the city is facing a humanitarian crisis, especially related to a shortage of bottled water and diesel fuel. “We are finding dialysis patients that haven’t been able to contact their providers, so we are having to transport them in near-death conditions,” Mayor Carmen Yulin Cruz said. “We are finding people whose oxygen tanks are running out, because … small generators now don’t have any diesel.”

NACS has been in communication with people in Puerto Rico and the demand is highest for licensed drivers to move diesel fuel and other cargo on the island, fuel distribution equipment and bottled water. If you can offer assistance, please contact NACS Director of Strategic Initiatives Carolyn Schnare directly at cschnare@convenience.org or (703) 518-4248.

“This is truly a total disaster. Right now, the main problem is diesel distribution. Retailers have no electricity and operate with generators but without diesel they can’t. Neither can suppliers. The food will go bad and people are getting desperate. Government doesn’t seem to have the ability to handle all that is going on and comprehend the need to establish difficult priorities,” said Manuel Reyes, executive vice president of the Puerto Rico Chamber for the Marketing and Distribution of the Food Industry.

NACS has partnered with the Red Cross to advance community giving and disaster relief programs for NACS member companies. Go to convenience.org/redcross to learn other ways to help. Also, the private sector, together with Puerto Rico’s First Lady, has created the fund United For Puerto Rico And One America Appeal, which was formed by the five former U.S. presidents to assist victims of Harvey and Irma, will now cover Maria’s victims as well.

This entry was posted on Thursday, September 28th, 2017 at 3:41 pm and is filed under Uncategorized. You can follow any responses to this entry through the RSS 2.0 feed. You can leave a response, or trackback from your own site.